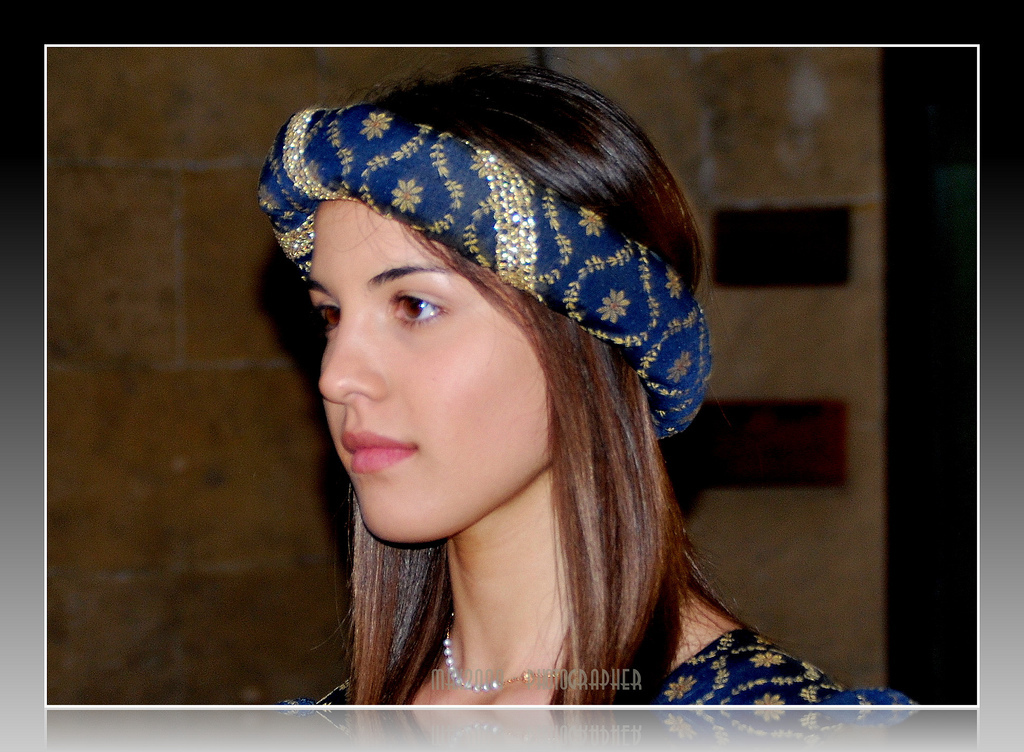 Grandson of Isabella of Brienne, born Giovanni d’Enghien, Count of Lecce, and Sancha (white) Dodge of the dukes of Andria.

In 1384, just 17 years, was Countess of Lecce after the death of his brother and married the Prince of Taranto Raimondo Orsini Del Balzo. The properties of the couple, thanks to the territories that the Countess brought him, they came to understand the current provinces of Taranto, Brindisi and Lecce. Was the mother of adorable children Mary, Catherine, John and Antonio Gabriele, and was much loved by her husband.

Widowed for the latter’s sudden death in 1406, tie the second marriage with the King of Naples Ladislas I of Anjou the Magnanimous, who came to besiege the city to take possession. The marriage of Maria and Wladyslaw, was arranged by diplomacy enemy because the Princess of Taranto, taking the place of her first husband, headed the city’s resistance to the bitter end. The wedding was celebrated April 23, 1407 in the Chapel of St. Leonard of the Aragonese Castle of Taranto, where each year is made a commemoration of the historical event in costume.

Eager to become queen, soon found himself stripped of all power. It was well received by the people of Naples, but the relationship with her husband were not serene enough to find themselves forced to live with the love of him.

Ladislaus died August 6, 1414, the kingdom passed to his sister Giovanna, a woman of easy virtue who came to imprison her cruelly. Subsequently released by Giacomo della Marca, in 1415 he returned to the possession of the County of Lecce in 1420 and obtained the Principality of Taranto for his son Giovanni Antonio.

She returned to her homeland, she was responsible for the reorganization of economic activities and the administrative town of Lecce, with the issue of July 14, 1445 Statuta et capitula florentissimae Litii civitatis.

He spent the last years of his life dedicating himself to his people, works of art and faith, and died May 9, 1446 in Lecce, where he was buried with great honor and splendor in the old monastery of Santa Croce, which was destroyed in 1537 by Charles V to build the castle which still exists today

My photo and Other here